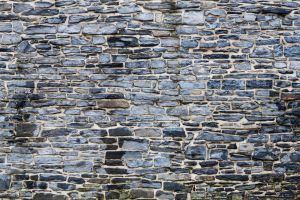 We’ve had this quiz before, but let’s do it again. What are people called who “help” writers get published? They are literary agents, the word “literary” in many cases being more of a job description than an indication of the type of writing. A literary agent could, for instance, only handle books by sports stars who didn’t actually write their own autobiographies. And OK, such books do use the alphabet, so maybe that is a kind of literature.

How does a person obtain a literary agent? I just wrote that question there as if I were going to follow it with an answer, but a better answer would come from someone who actually knows how to obtain an agent. I apparently do not know, though I think I can say with some confidence that if you want to ease your path in this regard, do not write literary novels.

I write literary novels. I don’t choose to do that, it’s just what I write. I also did not make up that phrase “literary novels”—that’s official publishing terminology that comes closest to describing my writing, given that I don’t write thrillers or children’s books or romance novels. Etcetera.

For a couple of years I’ve been trying to market a novel called The Invention of Colors. When I use the verb “market” I mean I’ve been contacting literary agents to see if one of them will take the book, and thus become my agent, then try to sell the book to a publisher. If you aren’t familiar with the publishing industry—and industry is probably the right word at this point—you might reasonably ask why I don’t simply talk to publishers myself. Why not, Davy? Huh? The problem is that quite a few publishers have decided that even though they depend on writers for their very existence, they absolutely will not talk to writers, but only to literary agents.

Did I mention that the publishing industry is run by Satan? If I did, I was only spreading gossip, because I don’t know that for an actual fact. Evidence is not definite proof, as we learned back in logic class.

So I’ve been marketing a novel, a process that has involved going to a writers conference several times to talk to agents who were attending, and it has involved sending query letters and writing samples to agents by email. Years ago I made up a list of possible agents, with just over 200 names on the list.

The information is far out of date, however. Before I send query letters out, I research every name, and such research really is critical. You find that a person has moved to another agency, a particular agency has shut down, another agency has changed the way they want submissions done, and so on. In doing the research, I discovered that almost half of my list is no use to me, for various reasons, including people who died and others who only handle Christian writers.

don’t rush with bright eyes and a gleeful cry into this agent-hunting process, not because I’m sober and careful, but because I hate it so incredibly. Nevertheless, after many months of slowly working through the list, I have finally made it to the end, sending a letter to every possibility. Afterward, I counted how many agents I had talked to, and between the email submissions and people who I talked to in person at the conferences, I seem to have contacted just shy of 120 agents.

At which point, I ask myself how much more I am willing to do with trying to market this book. Someday, The Invention of Colors will be published, after I figure out how to get past the wall of agents who are determined to stop me. It will be published. But for now, I’ll let it sit. I will wait a while, maybe six months or so, and then I’ll start marketing again, but with a different novel, as I have another ready to go. And if the wall of agents continues to block that one, I’m beginning to write another.

Someday, that wall will come down.

Filed under Giving Birth to a Book (That's Why I'm Screaming)