Writing With Nuts and Berries 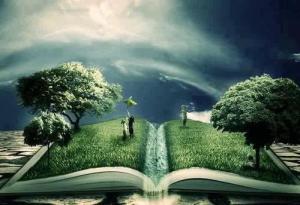 “If we were 100 percent in favor of writing, we would pick up a pen and do it despite the time factor.” For serious writers, there is a cold hard truth in that statement by Tina Welling, who has written a book called Writing Wild, which is offered as a self help guide to would-be writers. Recently I was asked to do a review of the book, which takes a very specialized approach to its subject.

Though presented as a book about writing (hence the word Writing in the title), the second half of the title, metaphorically speaking, carries more weight, as Welling draws most of the inspiration for the book from nature.

Practically any page provides philosophical statements about nature, as in this quote from chapter 10: “Along the way from childhood to adulthood, many of us lost our connection to the earth in our striving to become a part of our culture.” The basic technique of the book is to promote a heightened consciousness of nature, and of self, as a source of inspiration. That inspiration is used here as a kind of writing technique, as a way to approach the writing process.

There is far more emphasis, however, on this “connect with nature” aspect of the book than on writing. Writing Wild is 90% about connecting with nature and being in the world, or more specifically, about consciousness and awareness of the body.

Many people want to write, but aren’t sure how to approach it, or are afraid to begin. Writing Wild could be a book for them, if they connect with the nature theme (which can be appealing) as a source of inspiration. This is not a book for serious writers engaged with their craft, but for beginners looking for encouragement or for techniques to lead them into writing.

For wishful writers wanting practical help in addition to spiritual encouragement, one of the useful things in the book may be the occasional writing exercises, marked with the label “Try This”. Many of these exercises concern consciousness of the body, though some are directed at writing in a more general way, such as the suggestion to write an external description and then move the writing into describing an internal state relevant to that setting.

Welling also offers practical advice on ways to approach writing when she says to try the idea of creating a character by working with traits opposite to those of people the writer knows. Such a practice might be useful in stimulating the writer to consider psychology and what makes a character.

One of the drawbacks to Writing Wild is that at times the approach can seem artificial, as with the sentence “The ABCs of writing into our own truth are attention, belief, and courage.” It’s not difficult to imagine Welling pondering and trying various words before she came up with an acceptable combination beginning with those letters, which can hardly be called the ABCs of writing. It feels a little forced.

That tendency to artificiality is occasionally an issue with this book, but no doubt that would be true for any book (and there are many) that purports to offer a guide on how to do something as incredibly complicated as write clearly.

On the whole, this is as much a self-help book about getting to know oneself, and connecting with nature, as it is a book about writing. The basic attitude of the book might be captured with this sentence from the text: “More important than the immediate gratification of getting answers to things that puzzle us is feeling comfortable with not knowing, because that’s just life.”

So it is. Life is certainly about mystery, though what is a writer to do with that?

Filed under How We Create Magic