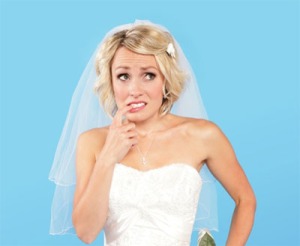 I’m sure I had something to say here, but until it comes to me, I’ll comment on the writing life. Now that I’ve escaped from academia (if you’re pushed off a cliff and live, it’s still a sort of escape), I’ve moved increasingly in the direction of a writing life. My current career plan…hmm, let’s make that “career plan” is looking for work in three different fields, none of them involving hammers or boots.

One field, which seems to have taller weeds at the moment than the others, is copy editing. This is a job in which you look at someone else’s text, already written, and you fix what’s wrong, hopefully just things like a little spelling, punctuation, and so on. I can understand if you think that sounds like a hair-raising horrible job, except I think I could be good at it, and even enjoy it.

It seems Penn State Press did not agree with me on the “being good at it” idea. I took a copywriting test, and while they said I had caught some errors they didn’t realize were there, including a sentence fragment, in the morass of markings that eventually covered the page, I also missed errors that they already knew about, so I failed. (When I used the phrase “morass of markings” just now, I was trying to make it sound like I had an excuse to miss things. Maybe I didn’t really have an excuse.)

I’ve had a little more luck with the second area I’m pursuing, creating websites. I mean it’s not actually much yet (notice the tremulous optimism of that little adverb “yet”), but I’m working now on the third site I’ve been asked to do for a local business. And in terms of financial advancement, my price shows a miraculous rate of growth, going from free to $500 to $800. I really find this kind of work fascinating. It might be done with someone else doing the writing, (more on that below) but I’m willing to do the writing as well, and I have.

Part of why I like designing and creating websites, or maybe entirely why I like it, is that it can combine tremendous creativity, which is appealing, with high-geek attention to mind-numbing details. I not only have a high tolerance for minutia and details, I like them. I used to sit and read Russian dictionaries for pleasure. I’m not making that up.

I don’t know where the website development will go. There are people out there who are way better than I will ever be, but then again, only a year ago I could not have imagined anyone actually paying me to do this, and frankly I’ve worked hard and learned a great deal. No one is lining up asking for sites, however.

The third area I’m pursuing is the one I’m pretending to do this blog entry on, writing. At the moment, I actually have temporary work as a writer, ironically creating the copy for websites being built by other people. I’ve been given a project by a company making websites for large hotels around the country. They tell me what they want written about, and I somehow figure out how to do it.

I do much research on the web, gathering all the information I need, because otherwise, what the hell do I know about Monkey Jungle (just outside Miami, open daily 9:30 to 5:00)? Now, thanks to the internet, I know to wear a hat if I go to Monkey Jungle and walk under the monkeys. So I write it up, in a clever and interesting way (I added that requirement), with text that is informative and tries to be persuasive (I believe that’s what my employer wants). The pay is OK, $45 an hour, except from lack of experience I estimated this job taking half as long as it takes, and I drastically undercharged. Alright, live and learn.

I do a lot of writing about hotels, why you should definitely stay there, and so on. After a while it’s a little boring, but I’m getting better at turning it out. So in a section, let’s say, that wants to persuade people to hold their wedding at the hotel, I might write something like this: “Your wedding should be a day for creating memories, and with the careful help of our trained wedding planners and catering staff, your only worry will be whether or not to actually marry that guy who seems a little bored when you talk to him.”

Something like that. Monkey Jungle is more fun. So far I have persuaded myself that I want to go to Muscatine, Iowa; Paramus, New Jersey; Homestead, Florida; Durham, North Carolina; Shreveport, Louisiana; and now Des Moines, Iowa. Who knew these places had so much cool stuff going on?

Here’s a point about the writing life. I get up early, get to work by 8:00, and travel all over the country all day long, sitting in restaurants, going down water slides, looking at old buildings, and rising up from the computer only long enough to have lunch or take breaks. It’s an odd life. So was teaching an odd life. I think all life is odd.

Filed under Writing While Living